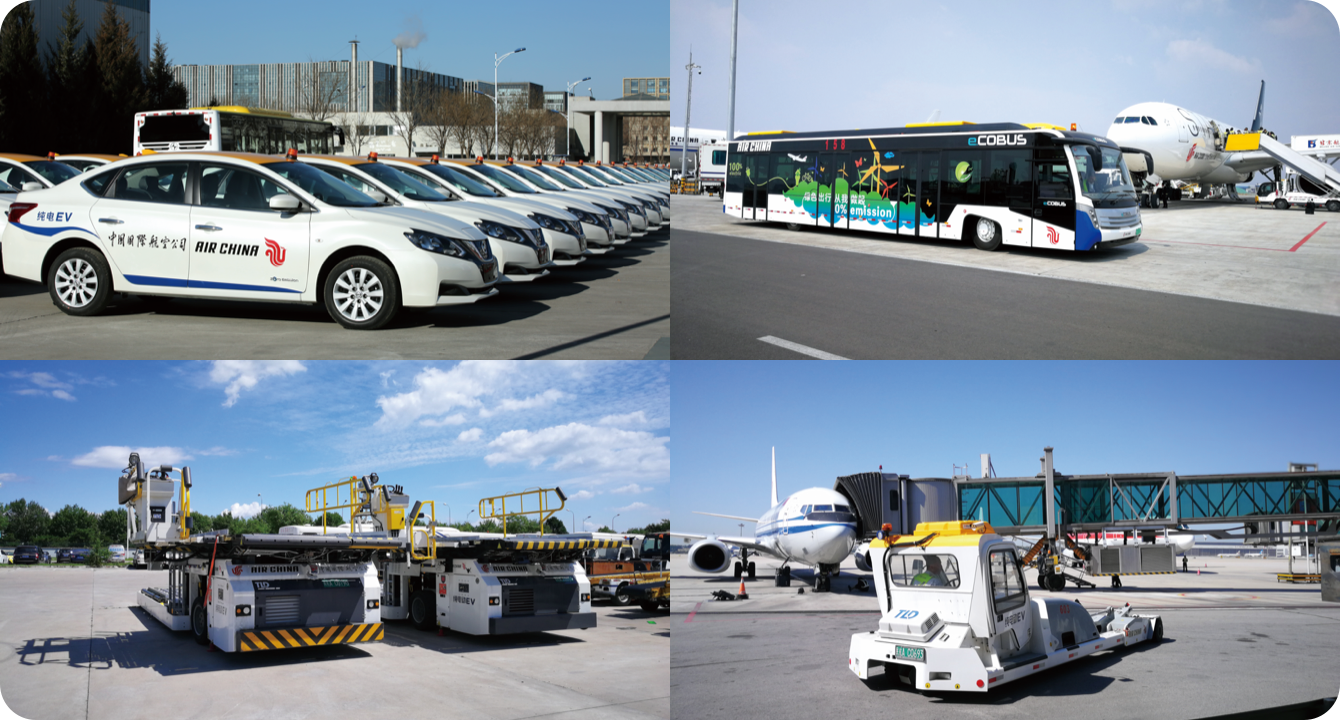 In accordance with the "green, low-carbon, circular, sustainable" way of development, Air China has established a sound energy conservation and environmental protection management system, set up a green, low-carbon circular operation mode, been continuously optimizing the fleet structure, carried out various oil-saving measures, and participated in domestic and international carbon offset efforts to minimize the environmental impact of its own carbon emissions.

Air China has been steadily carrying out the special work of using ground equipment to replace auxiliary power units, and expanding the use of 400 Hz solid-state power supply and ground air-conditioning equipment to provide power to aircraft connected to the passenger boarding bridge. As of 2020, Air China has signed agreements with 60 airports in China regarding the use of alternative facilities to APUs, in order to reduce the ground emissions of aircraft during stopover, which has significant energy conservation and environmental protection effects.